Meet the experienced and friendly doctors and staff who make Vision Source the leading provider of vision care products and services in Minot.

Dr. Josh was born in Dickinson, ND and grew up in Bismarck, ND where he later graduated with his Associates in Science from 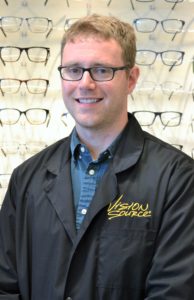 Bismarck State College.  In 2010, he received his Bachelors in Science from North Dakota State University.   He then furthered his education at Arizona College of Optometry where he was a member of a private practice club, Envision, and graduated with his Doctorate of Optometry in 2017.

He has participated in a variety of optometric acts of service including trips to Haiti and Tijuana, and homeless screenings while attending school in Arizona.

Dr. Josh took over as owner of  Vision Source Minot in the fall of 2018 and was married in June 2019 to his wife, Kayla.  He enjoys providing a variety of contact lens fittings for our patients including specialty lenses. 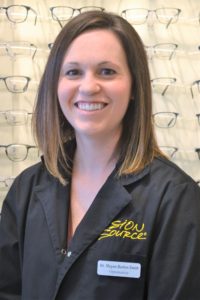 Dr. Megan was raised in Rolette, ND where she later graduated high school.  She then furthered her education at the University of North Dakota where she received her undergraduate degree and later attended Pacific University College of Optometry in Oregon where she graduated in 2012.

In 2015 she traveled to Peru on a mission trip where she aided in providing vision screenings for those in need.

Dr. Megan practiced at Shopko in La Crosse, Wisconsin for seven years before moving back to North Dakota with her family to join our Vision Source team.  She and her husband, Adam, have two children, Layla and Elise.  She enjoys working with children and fitting patients with specialty contact lenses. 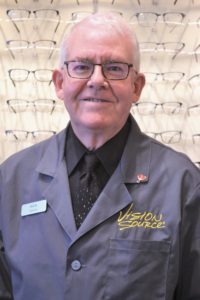 Bob is one of our office opticians. He came to us over 30 years ago with experience in the agriculture and construction fields.  He has worked exclusively in the optical field and has amassed a great deal of valuable experience. Problem solving is his most valuable skill. Bob assists Dr. Meske and Dr. Barbot-Smith with trial framing of prescriptions to ensure the accuracy and functionality of your new prescription. He has experience with all types of ophthalmic lenses and lens treatments. 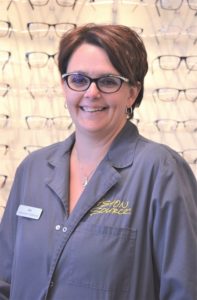 Jen is one of our optometric technicians. She has been with Vision Source for seven years and has over fifteen years of optical experience.  She has a wonderful boyfriend named Guy, and together they have adopted  three dogs, Louis, Daisy, and Milo, which were all from the local animal shelter.  When not working, Jen enjoys spending time with family and friends, supporting local music events, and traveling with Guy.

Heather has been our office receptionist and social media coordinator for the past five years.  She has over ten years of customer service experience.  Heather was born and raised in Dickinson and moved to Minot after meeting her husband, Dan, seven years ago, and they were married in the fall of 2015.  In early 2019 they adopted their dog, Lucy, from the local animal shelter.  In her free time she enjoys reading, watching hockey games, and traveling with her husband. 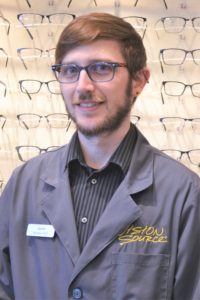 Aaron has been our insurance manager since the fall of 2018.  He was born and raised in Montana and later moved to Fargo, ND where he became good friends with Dr. Meske, before moving to Minot.   He specializes in insurance claims, billing, and computer technology.  When not at work he enjoys snowboarding and working on his car.

You can schedule your next eye exam with us online!